After a much postponed hike we struck out last Saturday to complete the 4th segment of the Midstate Trail. We started at Old Worcester Road in Charlton and went through the Cow Tunnel. Of course, there was mooing. :-) 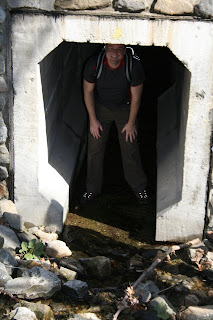 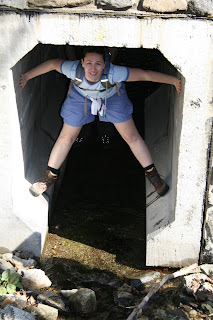 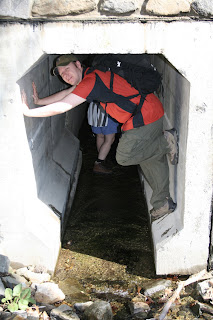 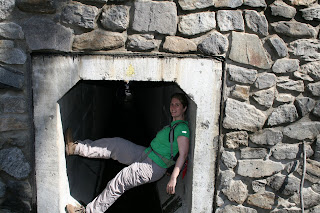 Thru the cow tunnel and into the woods. At first the trail seemed just like all the other times we've traveled the Midstate. It was rather flat, occasional street walking, and then back in the woods. As the day went on it became warmer and warmer. I'm not certain how hot it was but I can guess that it was above 80F. This is pretty unusual for a day in April in New England. 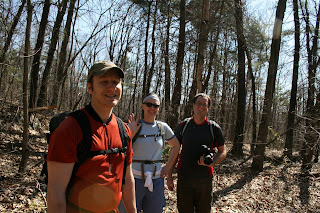 The heat may have started to get to Jen. Either that or this fish was looking for a nibble. 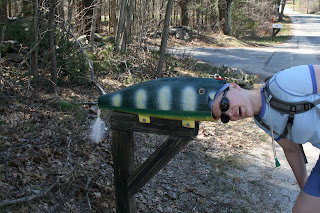 The trail took us up and over the Mass Turnpike (I-90). It was rather terrifying to see how quickly the traffic travels on that interstate. 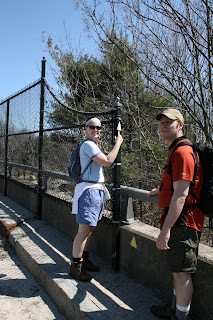 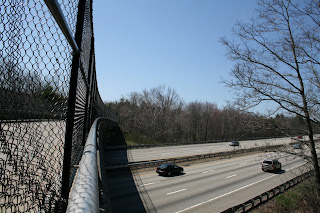 Then we went in through a nice little village area. The historic signs were all around. This building was the old schoolhouse. Now it houses the Cultural Center. It was built in 1848 on the site of an Baptist meetinghouse and held classes for 100 years. The bell was cast in England in 1719. It was the first bell in the town of Charlton. 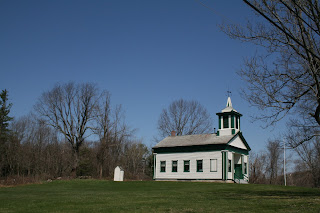 There also was this lovely cemetary near a vineyard. I have a thing for cemetaries since one of my other hobbies is geneology. I find them so peaceful and the headstones are so interesting. 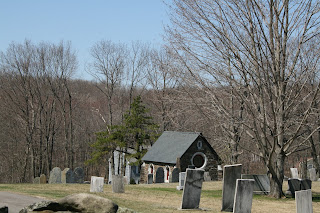 Aside from the heat, the other thing we didn't expect to encounter was the massive blowdowns. We all had forgotten about the horrible December ice storms that left many with out power for weeks in Central MA. The beautiful weather must have blotted it from our minds. We were quickly reminded as we lost the trail, cut our legs up, bushwacked, and fought our way through the fallen trees. 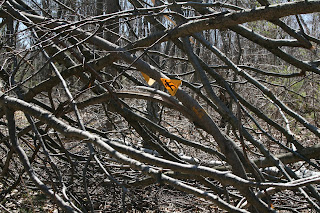 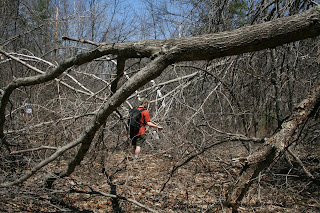 It was a great hike. We completed about 11 miles and are very close to the middle of the Midstate. We all agreed though it was tough and that we were really ready to start reaching some peaks. The next hike will be at a higher elevation than 1000 feet.
Posted by Unknown at 5:36 PM 1 comment: